Brand Sentinel: The Case of the Mismatched Model

By Doug KlockeNovember 17, 2016Something to Say
No Comments 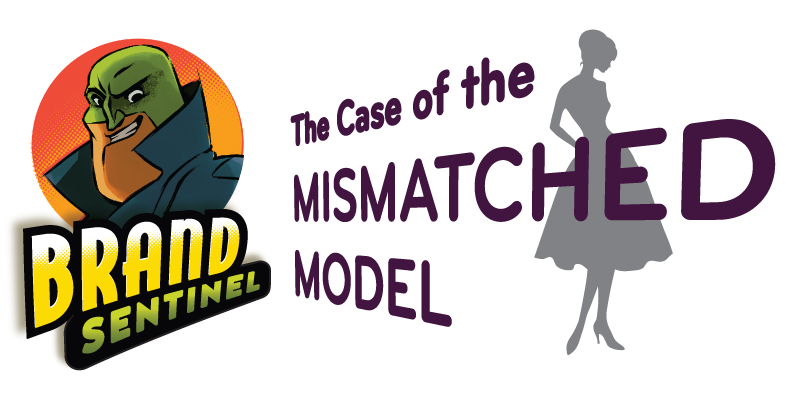 We find our hero waiting in the food court of the Bargainville Outlet Mall, seated on a wobbling plastic chair and drumming his fingers on the table.

Mrs. Sentinel, affectionately known as Maude, had insisted on dragging him out here to this no-man’s land, strategically located off the major highway between Vendopolis and New Emporia.

“You need a new trench coat, dear,” she had said. “I hear they have some lovely ones on sale at the Vigilante Factory.”

“And you desperately need some new shoes. The ones you wear running around chasing logo-villains are so old they still have Rubylith stuck to the soles.”

He’d protested about that one too, but she was determined.

“Maybe a nice cape to refresh your look?” she had hinted.

“No! No capes!” he had burst out without thinking. Maude pouted at that, leaving him only one way out.

“I should be out doing my job,” our hero grumbled, slouching behind a table piled with multicolored bags and boxes. The ComicSansitizer was still at large. The Hack had recently conned another email newsletter into spewing stock images. At least the Papyrus Perpetrator has been quiet lately, he thought.

Desperate for distraction, he glanced around at the ads on the wall. Then he saw it.

The sexy supermodel gazed back at him, her lithe body and vapid, sensual expression promising the euphoric bliss that only expert Photoshop retouching can deliver. A fashion brand, no doubt, clearly trying to straddle the gap between hip young Millennials craving the latest styles and their Gen X elders who could actually afford them. “Gap? J. Crew? Nordstrom Rack perhaps?” 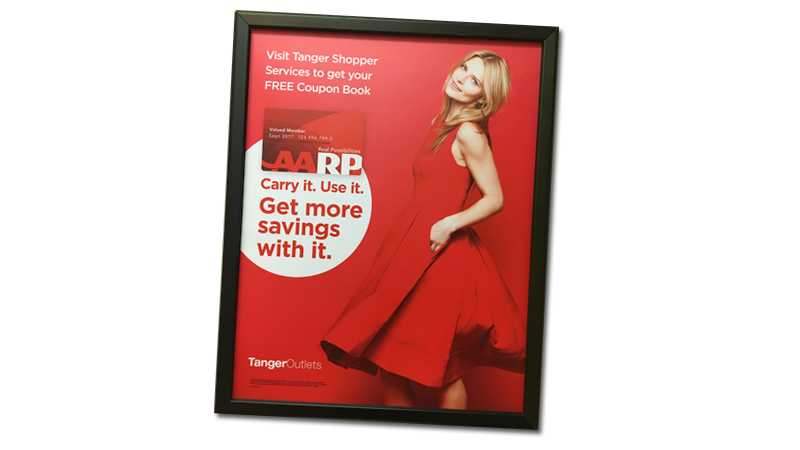 But nothing could prepare him for the sickening feeling of senseless waste as his eyes fell upon the logo. 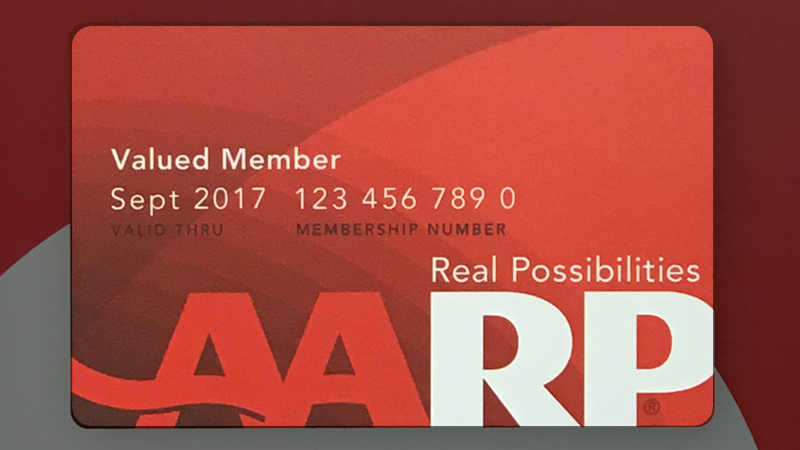 “AARP??!!” he shouted, as decades of carefully-honed marketing reflexes took over without thought. In an instant he had his smartphone out of the quick-draw pocket Maude had lovingly sewn into his trusty old trenchcoat when the iPhone 5S was released.

“Ha!” he cried in triumph as he snapped the incriminating photos, using Hootsuite to post them to seventeen social media sites at once. “A classic failure of elementary marketing research!”

Turning to address the stunned crowd of hungry shoppers, he pointed an accusing finger at the poster. “Let this be a warning to you all! If you want to sell a product, a service, or anything else, pick a spokesmodel that at least bears a passing resemblance to your target audience! Do your homework ahead of time — even if it means sitting through a few focus group meetings! Got it?”

A confused silence met our hero’s iron gaze. No one seemed able to move. He knew they must be as shocked as he, but that was why they needed a hero.

The phone in his hand suddenly chirped, flashing a text from Maude. “Hey Brandie, meet me over at Spandex Warehouse right away. They’ve got BOGO masks on the clearance table.? ”

Our hero sighed as a baby wailed and the usual din of the food court returned to normal. But thanks to Maude he’d been where he was needed most in time to help others. Another brand had learned its lesson — for now.