By Doug KlockeApril 25, 2021Design, Something to Say, Uncategorized
2 Comments 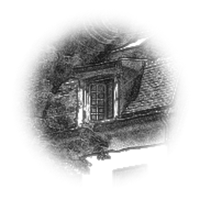 You’ve met with the designer and given your instructions. He smiles, shakes your hand, then goes away to his lonely artist’s garret to create your next visual masterpiece…

But what really happens there?

Distilling raw ideas into draft forms, a process designers call concepting, might be one of the least-understood aspects of the designer’s craft. While it can seem mysterious and arcane, you’ll be relieved to know that good designers don’t just sit around with their feet on the desk, staring out the window and waiting for a fickle muse to drop by.

In this article we’ll shed a little light on what’s actually going on, using a book cover I developed as an example of how these steps can be put into practice.

Why are we doing this?

Why ask for multiple concepts? First, concepting ensures that you’re not paying for the wrong work. It’s a draft phase where multiple ideas can be generated relatively quickly, evaluated and narrowed down.

The other benefit is that working in this way sets you up for successful collaboration. While your designer brings visual expertise to the table, you ultimately know your business and your audience best. Your input helps to eliminate directions that don’t serve your organization, and can help the designer identify the right approach.

Once the audience and the intended message have been determined, the first step is to find sources of inspiration. These can come from the client, the designer, or both. For example, the client may like a set of brochures developed by another organization or the signage at a particular store. The designer may be inspired by something from a design magazine, a work of art, nature, or whatever.

The idea here is not to find something to copy, but to gather examples of work or other relevant visual concepts that can stimulate new ideas for the project at hand.

In the case of our book cover example, the author is the pastor of a church with distinctive architecture. In our initial meeting, we agreed that the abstract patterns of the church could inspire an interesting background for the cover. So I visited the church and photographed it from a number of different angles to create my initial references.

The next step is to distill and refine the references into components you can use as building blocks for your project. The references can spark a lot of ideas — such as color palettes, layout grids, or inspirations for which typefaces to use — and often suggest more than one direction.

This stage is fairly rough. Mixing and matching these components starts to give the designer ideas about how they might come together. Some ideas will rise to the surface with a lot of energy, suggesting good directions for further exploration. Other experiments don’t work as well, so you discard them.

This process is more objective than it might seem, because the ultimate goal is to communicate a specific message to a particular audience. Your measuring stick is always the question: “does this further the communication the client wants?”

To determine my approach to the book cover illustration, I narrowed down my reference photographs to four choices. I made some rough sketches in pencil lines on tracing paper, scanned them into my computer, and sized them to the dimensions of the book cover. Then I printed each of them on high-quality paper. I decided to develop each design in a different artistic style: watercolor, acrylic, oil pastel, and colored pencil. From there I did further distilling and experimenting, trying other variations.

At the same time, I went through a similar process for other aspects of the cover. For example, I evaluated many different typefaces and experimented with a variety of type treatments for the title and the author’s name.

When your designer has narrowed the rough concepts down to about half a dozen ideas that seem to have potential, it’s time to clean them up and start getting them into a format the client can evaluate. Again, the goal is not to create a completely finished product, but to take each concept just far enough for the client to get a sense of what the final design could ultimately be.

Presenting the concepts in this way saves the cost of taking each idea to a fully-finished design, and also leaves room to incorporate the client’s feedback and ideas. For example, the client might ask if elements of Concept A could be mixed with others from Concept B. Or the client might decide that Concept C offers the best direction, but ask to see variations such as alternate type treatments or a revised color palette.

To present the book cover ideas, I showed each of the illustration concepts in two ways: a cropped version of the front cover with the title and the author’s name, and what the full illustration would look like if the cover were laid flat  (plus a couple runners up). This gives the client enough to make an informed decision, even though we’re not getting into the details of the spine or the back cover at this time.

The concepting process is a lot like the scientific method. You develop ideas for what might work, test each hypothesis, and evaluate the outcome. The ideas that achieve the client’s communication goals shape the direction for the next step, whether it’s additional rounds of more refined concepts or proceeding to the final design.

Is there still room for the unscientific in this process? Absolutely. If you have two ideas that are really close, but some intangible thing you can’t define puts one of them over the edge, that’s okay. But at every step of the process the concepts that make the cut have to be communicating what the client wants. The hope and intent is that the concepting process results in a direction, not a solution. 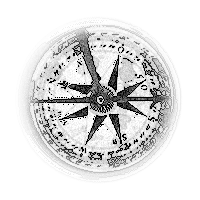