Rooting for the Underdog

By Doug KlockeAugust 5, 2019Design, Something to Say
3 Comments

Recently I’ve really been taken by one of Apple’s viral videos — and not just because I love all things Apple. In just three minutes, “Apple at Work — The Underdogs” brilliantly captures the lives and challenges of today’s corporate creatives. (If you haven’t seen it, go ahead and watch it now. I’ll wait here until you’re done.)

The simple storyline is this: a four-person creative team gets an unexpected chance to pitch a concept to an influential prospect. They have just two days to pull the entire proposal together.

What follows is a madcap montage of the team’s scramble to meet the prospect’s draconian timeline — with Apple products and features making the impossible possible. It’s blatant marketing from start to finish, with cameo appearances by the iPhone, iPad Pro, iMac, MacBook Pro, Apple Watch, Apple Pencil, Siri, FaceTime, AirDrop, Keynote and even (as a sinister backdrop) Microsoft Excel. There’s also a few Easter eggs, notably the round pizza box, which is actually used in Apple’s Caffe Macs cafeteria.

You know it’s a three-minute commercial even before you hit the play button. Yet you watch it anyway, laughing and nodding all the way through. And if you’re an Apple fan like me, you love them even more when it’s finished. And you watch it over and over. Laughing EVERY time.

Here’s why it works…

THIS IS MY LIFE!

If the plotline of “The Underdogs” sounds familiar, it’s no accident. Apple knows its audience cold. If you work in any creative aspect of marketing you’re likely to see yourself in at least one of the characters (more on that later).

Every scene, however brief, is carefully crafted to reassure Apple’s target audience that they understand how real people use their products. The subtler underlying message isn’t just that Apple “gets” you, but that they’re doing everything they can to make your demanding work life as easy as they possibly can.

In fact, the only “slick” and polished characters in the piece are the scary people — Vivienne, the ball-busting prospect, and Mike the finance guy, who works in an OCD accounting area with rows of non-Apple monitors (these guys clearly aren’t the video’s target audience).

NOW YOU SEE IT, NOW YOU DON'T

Editing is critical to the tone of the video, and not just from a visual standpoint. As the scene constantly jumps from one thing to the next, your mind naturally fills in what’s missing. I think of this effect as being similar to cropping a still photo. The filmmakers are deliberately engaging their audience, drawing you into the story by forcing you to imagine what you don’t see.

In addition, the really tight editing subconsciously compels you to share the urgency of the characters. You feel the time pressure, the stress of the clock ticking. Will everything be ready in time? It’s a classic filmmaking technique, but expertly executed.

Numerous small details — sometimes visible for only an instant — make the characters and situations seem real. From the half-used jar of spaghetti sauce on Dave’s kitchen counter to the deep red walls and unused elliptical machine in Marie’s apartment, the characters are refreshingly flawed and human.

It’s even present in the way the team interacts, notably when everyone is standing around Marie’s screen telling her how to change the layout. (Every designer laughs out loud when Marie shouts “Guys!” to cut them off — we’ve all been in that chair.) You don’t typically see humanity like that in a technology ad, but it works because, like all great comedy, it hits home with brutal accuracy.

If you’re a creative professional like me, at least one of these characters will probably resonate strongly with you — and I’d love to know which one it is. You tell me yours and I’ll tell you mine: 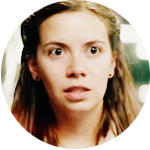 Are you like Bridget, our heroine with spilled coffee on her blouse? 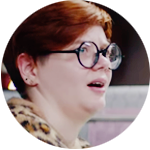 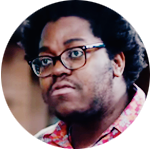 Brian, the drummer who lives at home? 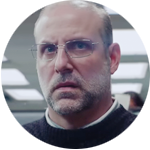 Dave, the parent who’s rushing out of the office to pick up the kids?

Perhaps you’re a little bit of everyone? Or maybe you have a darker side, like Mike the finance guy (Microsoft incarnate!), or secretly long to be Vivienne, the powerful and intimidating client (we won’t judge).