Brand Sentinel: The Case of the Salacious Spinner

By Doug KlockeApril 19, 2018Something to Say
No Comments 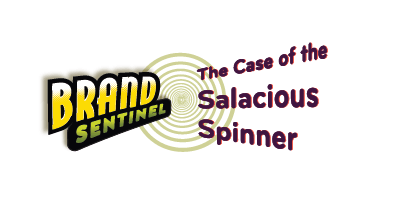 The sun may have set, but the brands of the city light up the night in a riot of colors. From every building shines a logo, a tag line, and even the occasional cartoon spokesman lingering from a bygone era.

Into this battle for differentiation strides our hero: the master brand strategist…the bastion against brand dilution…the keeper of brand promises…the Brand Sentinel. 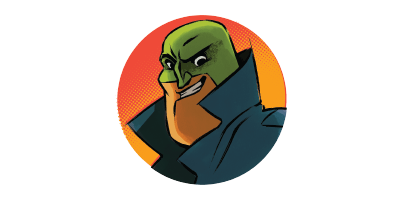 Nowhere in Vendopolis are the colors brighter than Spee-D-Mart. The Brand Sentinel shuffled in and glanced up at a vibrant banner displaying fresh, roasted beans alongside the dubious slogan “World’s Best Coffee!” He sniffed the aroma of weak, stale java and muttered, “Wake up and smell the brand gap.”

He grabbed the quart of milk Maude had sent him out to fetch, then lingered momentarily over a bag of Taco Doritos, sporting its 1970s package design. That was a golden age, he thought with a sigh. But she’d smell them on my breath for sure.

Behind the counter, a girl with bleach-blonde hair tied into a top-knot barely looked up from a small propeller-like toy that spun hypnotically between her finger and thumb. “Any gas tonight, darlin’?”

Our hero was about to reply when his eyes fell upon the counter. He froze in shock and alarm. 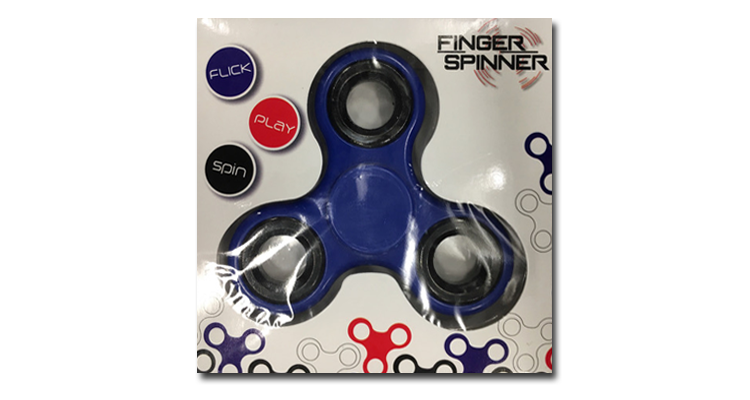 There, staring back at him, was a vile and dangerous thing. A non-branded toy. A product anyone could make, copy, and sell.

Bad as that was, the packaging was far worse. Plain white, with THAT WORD. A word that would get your mouth washed out with Lifebuoy soap during the Brand Sentinel’s childhood. The four-letter F-bomb that can’t be spoken on radio or television (well, the old-fashioned kind of television you don’t have to pay for, admittedly rare these days).

The girl didn’t even seem concerned. He stared at her in horror, blurting out “Does that say what I think it says??!!”

She popped her gum. “Oh that’s just one of those fidget spinners. We still sell them like crazy.”

Our hero looked closer. As the truth dawned, his dismay quickly turned to indignation. 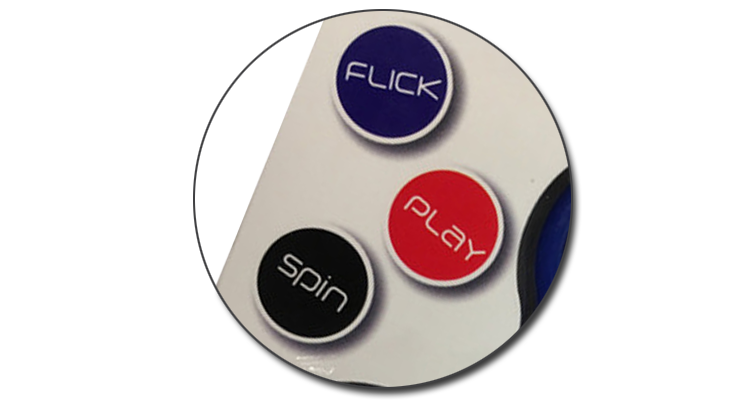 He roared, “Type must be carefully chosen to match the personality of the brand. And it should at least be readable enough that it doesn’t cause confusion. If this were a real brand, this f… — um, mistake — could have been disastrous to the company’s reputation!”

“Oh, that!” she said with a mischievous grin. “Yeah I thought it said something naughty the first time I saw it too. You want one?”

The Brand Sentinel itched to reach for his trusty cell phone. If any branding atrocity deserved to be documented and shamed online, it was this one. But this time his usual weapon could backfire. What if his web host took his page down for indecency?

Our hero clenched his jaw with resolve. “I’ll buy them all. I have the dignity of my city to protect.”