Brand Sentinel: The Case of the Orange Ordeal 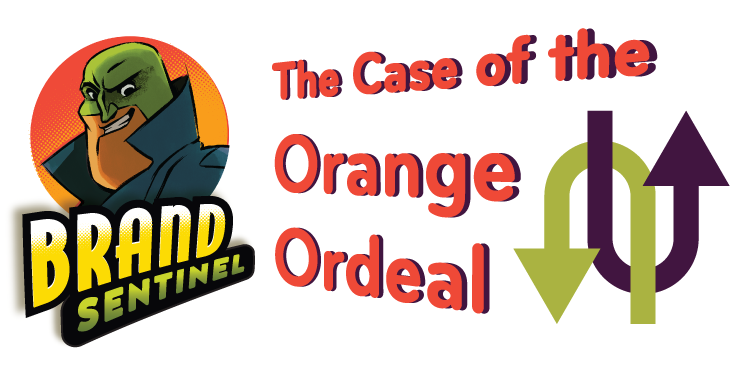 Fresh from his encounters with The Hack, we find our hero continuing the struggle that strikes the greatest terror into his heart — finding the perfect gift for his wife Maude’s birthday.

He had at last settled on a deluxe DVD of a film he knew she loved. It would mean a long evening at home suffering through a British period chick flick, but our hero was determined to make this ordeal serve a greater good. He would use it to test the newly-advertised easy pickup system being touted by the Vendopolis Walmart just a few minutes from home.

“Maybe I’ll score a few points on the Amazon Avenger for a change,” he thought hopefully as he placed the order from his trusty smartphone.

Days passed, and our hero began to grow nervous his package wouldn’t arrive in time. On the day before Maude’s birthday, his smartphone chirped at last to alert him that it had arrived. 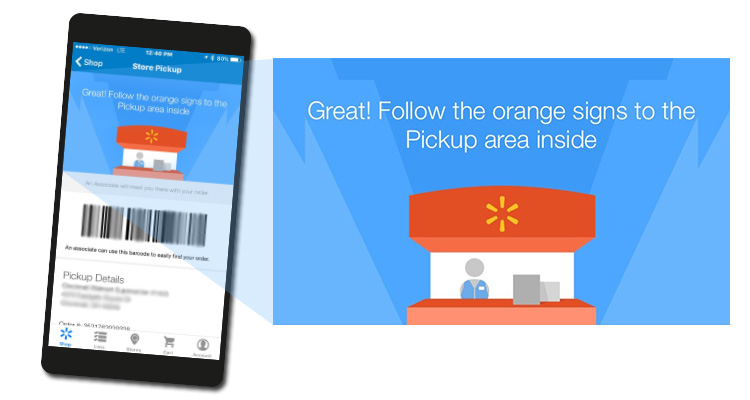 “Follow the orange signs,” our hero thought, recalling the bright new orange signs that had recently gone up outside the store. “Good color choice — easy to follow.”

In a flash he was behind the wheel of the Brandmobile, and minutes later saw the first of the promised orange signs. Our hero nodded with approval as he noted that the way was reinforced with bright orange paint on the pavement. 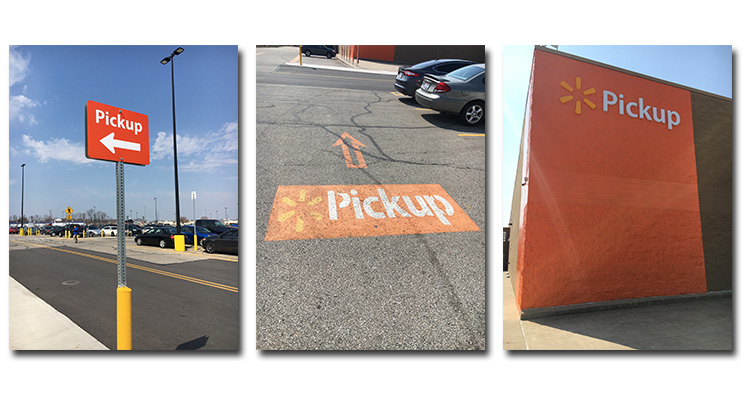 He quickly found his way to the most obvious destination — an entire corner of the building that had been painted orange with “Pickup” in giant letters. “What could be simpler?” he thought, admiring the simple way the designer had slipped in the company’s logo. There were even special parking spots out front, clearly marked in the same bright orange.

Our hero parked the Brandmobile, pressed the check-in button on his phone, and reviewed his instructions once again. “Now to follow the signs inside,” he mused. Glancing up, he quickly spotted a bright orange door. 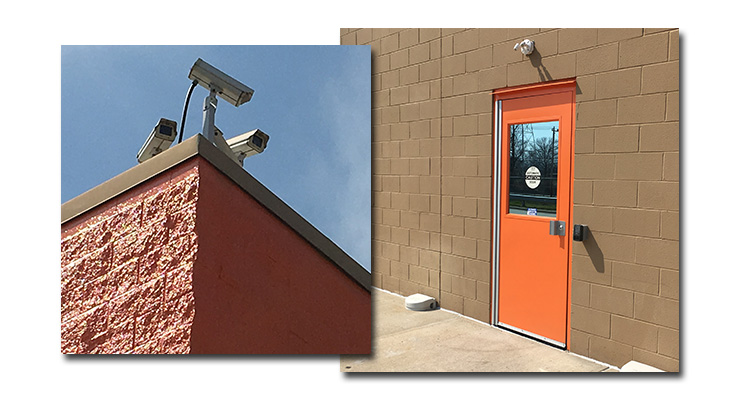 “Aha!” he cried. “Obviously the way in. What could be simpler?” But his elation quickly turned to dismay when he found the carrot-colored portal tightly locked. He knocked several times with no response. As he waited, he became uneasily aware of at least eight security cameras watching the area. How else was he supposed to get inside to the promised pickup area?

Returning to the Brandmobile after a few minutes of frustration, he spotted instructions on the sign which he had overlooked in his pursuit of the orange sign trail. 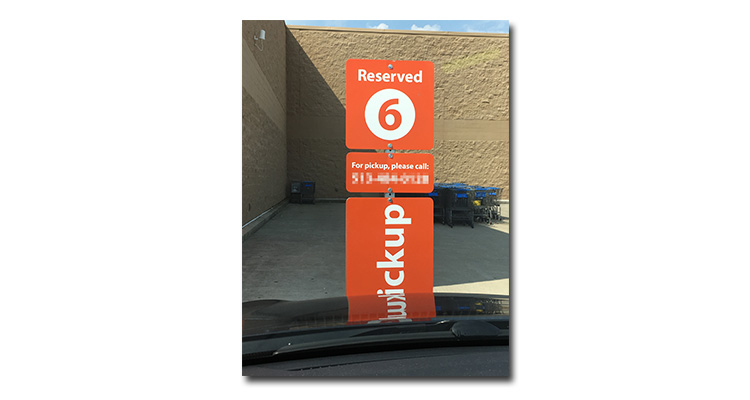 “Call for pickup?” he wondered. “That doesn’t match my instructions…”

He dialed the number, which was answered on the fourth ring by a shrill, high-pitched voice. “Yeah?”

“This is the Brand Sentinel. I’m here for my pickup.”

“Do you have an appointment?”

“What? I just received a message to come pick up my package. I’ve already checked in.”

Our hero thought he heard the trace of an exasperated sigh on the other end of the line. “Sir, this pickup area is for grocery orders only.”

“But I followed the instructions from the app!”

“I’m sorry, sir. You need to go to the pickup area inside. Just go in the front and follow the orange signs.”

The Brand Sentinel hung up in disgust, muttering “I did follow the orange signs” as he climbed out and slammed the Brandmobile door.

Little did he suspect the greater confusion awaiting him inside. “Practically every sign in this place is orange!” he cried. 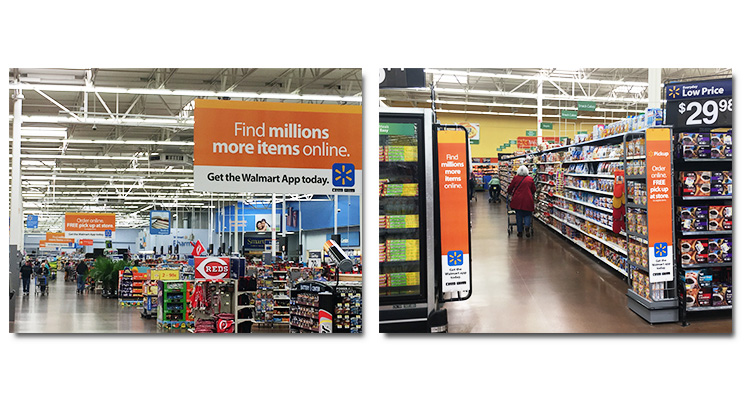 Five minutes of wandering took him back and forth throughout the massive store. But it wasn’t until he returned to a sign he had already passed that he noticed this: 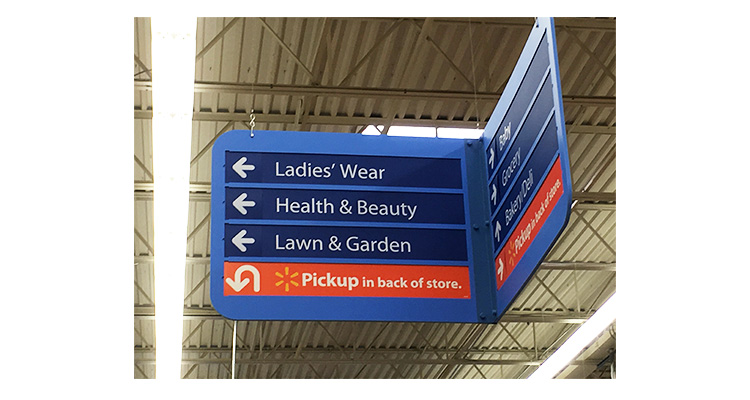 Our hero’s face nearly turned the same shade of orange (PANTONE 021, he guessed subconsciously) as he thought “Seriously? No sign of where the pickup area is until I have to TURN AROUND??!!”

Instinctively snatching the smartphone from the quick-draw pocket of his overcoat, he began snapping incriminating pictures. His indignation rose further as at last he spotted the correct orange destination — blocked by the high shelves of the baby department. 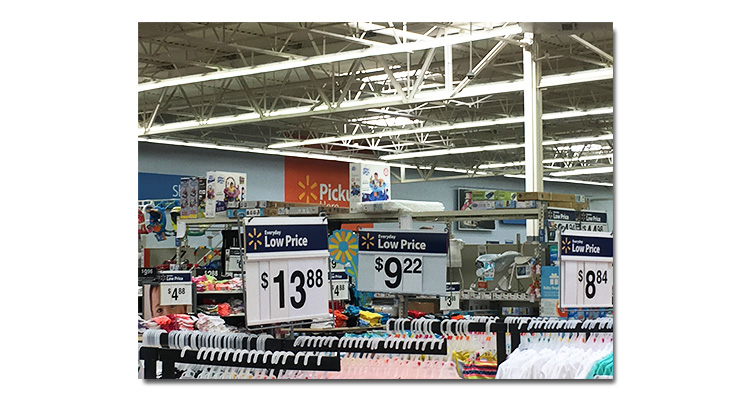 Even when he reached the last turn of his quest, no orange sign marked the way — just a blue one pointing to the restrooms. As he rounded the corner he found his destination clearly marked, but too late to be of any use. 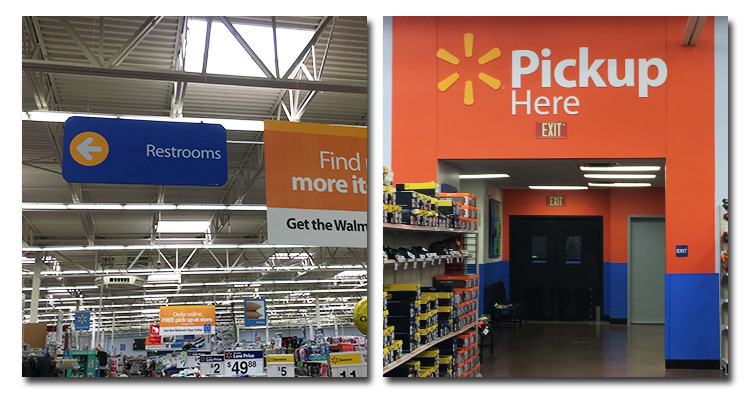 Snapping one final photo, the Brand Sentinel approached the blue-clad Walminion who waited at the counter with his box close at hand. In his best “dark vigilante” voice, he muttered: “I know it’s not your fault miss, but I simply must humiliate your corporate masters for this.”

The girl smiled and shrugged as she pointed to a tiny screen. “Just sign here, darlin’ and you’re all set!”

Scratching a bold “BS” with the attached stylus, our hero tucked Maude’s precious package under his arm with a sigh of relief. He began his long, slow trudge back to the Brandmobile, wondering if he should grab a pack of microwave popcorn on his way out.

“Nah,” he thought, with a wincing glance at the long check-out lanes. “I’ll pick some up at Target. This is a matter of principle.”